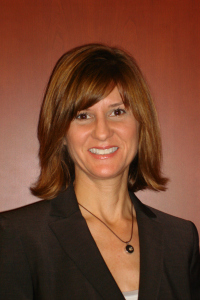 How will Dodd-Frank's ability-to-repay rule change underwriting -- and originating?

Underwriting processes vary from lender to lender, but it’s often said that four C’s are at the heart of every sound underwriting decision: credit, capacity, cash and collateral. Even in the wake of the financial crisis, a quick Internet search will reveal that the four C’s still are alive and well; they’re discussed on countless websites and blogs, and almost any mortgage bank or lender will be familiar with the nuances of each of these all-important C’s. Although much has changed in the mortgage industry, the core underwriting principles have remained the same — at least they have thus far.

Depending on whom you ask, the Dodd-Frank Wall Street Reform and Consumer Protection Act’s ability-to-repay rule may come to replace at least a few of the four C’s. Because underwriting is such a vital facet of the industry, mortgage brokers and originators should keep themselves familiar with the ways in which Dodd-Frank
could affect their underwriter colleagues, right down to the core principles that guide their every decision.

Background
The role of an underwriter always has been to decide whether making a particular loan is a prudent investment. While mortgage originators assist borrowers in getting financing for a deal, underwriters make sure that the financing makes sense for the lender, too.

To a large degree, the art and science of underwriting has been less regulated than other aspects of the mortgage transaction. There are fair-lending rules, of course, and there also is guidance for subprime and alternative mortgages, but for the most part, the rules for underwriting have long been established by lenders and investors themselves.

Contrast that with the rules that apply to brokerages and other loan originators: Disclosure requirements; limitations on fees and charges; licensing and registration; and limitations on compensation are just a few of the rules that govern originators’ daily lives. Perhaps it’s something of an oversimplification, but the rules applicable to underwriting always have seemed like mere guidelines by comparison.

At least, that was the case until Dodd-Frank. The ability-to-repay rule will apply to creditors in particular, but make no mistake: This rule also will have an impact on loan originators, and it stands to change the face of mortgage lending itself. Whereas the loan originator and the underwriter used to bring different perspectives to a mortgage transaction, the ability-to-repay rule likely will align all of the professionals involved in a deal so that they’re subject to the same requirements.

Breaking it down
The Dodd-Frank Act requires a creditor to make a reasonable and good-faith determination of the consumer’s ability to repay the loan according to its terms, including all applicable taxes, insurance and other assessments. For most mortgage lenders, it’s the underwriters who make that decision, basing their judgments on guidelines established by their own organizations or investors. If an underwriter makes an error in judgment, the loan may default or result in a repurchase. The Dodd-Frank Act raises the stakes even higher, as failure to meet the ability-to-repay requirements may result in significant penalties.

On the plus side, however, Dodd-Frank does offer some assistance. If a loan meets the definition of a qualified mortgage, for instance, a presumption will be made that the ability-to-repay requirement has been satisfied. A qualified mortgage will not be able to have certain characteristics, such as negative amortization or deferred principal repayment, and it also will have to be underwritten:

For loans that are not qualified mortgages, the ability-to-repay rule will provide a basis for determining that such loans still meet applicable requirements, although the creditor will lose the protection offered by the qualified mortgage standard.

Although mortgage brokers may prefer that borrowers have access to products with a wide variety of prices and features, loans that are not qualified mortgages ultimately may be more expensive. Such transactions also will be more complex and could take longer to close. With that in mind, it’s easy to imagine how a loan that’s not a qualified mortgage will be more work for the originator, more money for the borrower and more legal risk for the lender. Because of that, it may soon be the case that lenders will want to originate most of their loans as qualified mortgages.

If all of this does in fact come to pass, some may say that the ability-to-repay rule is pushing the four C’s of underwriting to the wayside. Others, however, believe the qualified mortgage definition simply will provide a clearer definition of concepts that have long been central to mortgage lending. Whatever the effect, mortgage brokers and originators should take careful note of the ways in which the ability-to-repay rule may change underwriting procedures — and, with that, change the way that deals are closed.

Laurie Spira is chief compliance officer for DocMagic Inc., Spira is responsible for ensuring DocMagic’s forms library is compliant with all applicable federal, state and local laws. She also writes articles on legal and regulatory developments for DocMagic’s Compliance Wizard publication, which reaches an audience of 40,000 mortgage professionals nationwide. You can each her at laurie@docmagic.com.