eMortgage Revolution: The Fully Digital Future of Mortgage Signings is Here (Part 2 of 2)

Written by Nathan Batts. This is the part 2 of a blog series. Click here to read part 1.

What is Driving the Transition

North Carolina is not the first state to begin offering electronic mortgages, but it is the first state in which the government has taken an active role in the development and rollout. The decision by the Secretary of State to begin a pilot project, convene various market participants together for a discussion, and form an advisory committee with the goal of developing best practices and standards now positions North Carolina to help form the national model for such transactions.

The groundwork began many years ago. The legal basis for digital signatures and documents has existed at the federal level, through such laws as the Electronic Signatures in Global and National Commerce Act (E-Sign Act), and at the state level in North Carolina, through such laws as the Uniform Electronic Transactions Act found in Article 40 of Chapter 66, since at least the year 2000. Similarly, North Carolina has had a structure for electronic recording and electronic notarization in place since 2005. The North Carolina structure includes safeguards such as a requirement that the electronic notary must be physically present with the borrower so as to protect against fraud or impersonation and duress.

END_OF_DOCUMENT_TOKEN_TO_BE_REPLACED

eMortgage Revolution: The Fully Digital Future of Mortgage Signings is Here (Part 1 of 2) 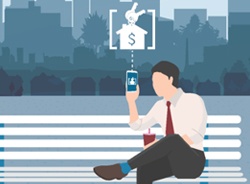 The mortgage process is time-tested and ancient. While there has been considerable innovation, such as in the ability to shop for rates and apply online, many facets of the mortgage process have remained essentially unchanged. Paper and ink signatures continue to dominate transactions, closings are face-to-face, many documents are mailed, and filings with a local land records office are often still done in person.

With wholesale transformations occurring everywhere in the banking business, we are at a critical point when changes in both technology and the law underpinning transactions are combining to bring about a new advancement for the mortgage industry. Electronic mortgages are positioned to transition from pilot project initiatives to routine occurrences and finally the new norm. In this article, the focus is on providing a high level explanation of these transactions and how the changes will benefit customers, financial institutions, and other market participants.

END_OF_DOCUMENT_TOKEN_TO_BE_REPLACED 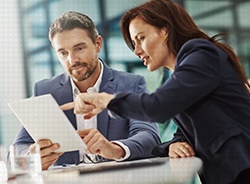 North Carolina Secretary of State Elaine Marshall wants the state to be a leader in eCommerce. It adopted the Uniform Electronic Transactions Act, the Uniform Real Property Electronic Recording Act and the Electronic Notarizations Act. All of this was to prepare for the day when the state could institute eClosings.

“We have been working diligently over the past 15 years to build the infrastructure to build electronic commerce,” Director of Electronic Notarization and Notary Enforcement Ozie Stallworth said. “We thought it was a prime time for North Carolina to step forward and lead in this space because we have the legal infrastructure in place to support a full end-to-end eClosing. We looked to our state’s lending institutions to see whether or not they understood and believed that the industry was headed down the road towards eClosings.”