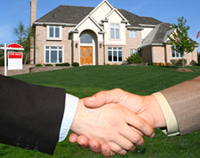 “We’ve had a long partnership with the industry’s top loan originators and we welcome this opportunity to help showcase some of our nation’s best,” said Dominic Iannitti, CEO of DocMagic. “Because no loan can close without compliant documentation, which we provide to originators across the country, we already have a good idea of where the top originators are working. Even so, we’re still looking forward to the results of Scotsman’s next survey with anticipation.”