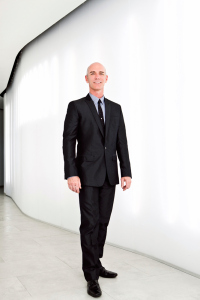 The industry appears to have finally recognized the technology’s significant benefits.

For years, the paperless mortgage has stood as the holy grail of all mortgage technology efforts. There have been sufficient reasons for optimism, including the growth of the Internet as a software delivery tool and the passage and adoption of electronic signature legislation such as the Uniform Electronic Signatures in Global and National Commerce Act, which give legal force and effect to electronic signatures and electronic records.

Somewhere along the way, however, the housing market crumbled and regulatory compliance became everyone’s primary focus. But a new development is about to put electronic signatures back on the map.

Later this year, the Internal Revenue Service (IRS) is expected to allow lenders to use digitally signed 4506-T forms under the IRS Income Verification Express Service. Lenders will be able to verify a borrower’s income and financial profile in order to judge the borrower’s ability to qualify for a mortgage. When it happens, it will streamline a process that usually takes several days to just hours.

Most residential mortgages originated today require a verification of the borrower’s income. For borrowers who are anxious to take advantage of historically low mortgage interest rates, the IRS’ acceptance of electronically signed tax transcript requests will cut down the wait and make the process a bit less frustrating than it is today.

The IRS will not be the first federal agency to embrace electronic signatures – the General Services Administration and the U.S. Department of Education are among other agencies that have done so. Recent legislation such as the Mortgage Disclosure Improvement Act (MDIA) allows electronic signatures as well.

Yet there is still room for improvement. The U.S. Department of Housing and Urban Development (HUD) allows electronic delivery of Federal Housing Administration (FHA) mortgage files, but it does not yet allow electronic signatures on FHA loan documents and disclosures. This is problematic for lenders that are implementing electronic signatures into their workflow, as they must maintain two different processes on FHA loans.

Another benefit of leveraging electronic signatures early in the origination process is that they create a “cleaner” transaction for both buyers and sellers. Documents that are delivered and signed electronically are usually more legible because they have not been scanned, bent, or jammed through someone’s fax machine.

Also, the technology allows loans to get started faster. This enhances the probability of securing the borrower’s commitment to proceed with the loan, which in turn increases a lender’s pull-through rate. If it takes lenders longer than a day to get their loan package in front of a borrower, they know there’s a good chance the borrower may have already called another lender and already received an electronic loan package.

There are other benefits driving e-signature adoption, not the least of which is cost. While the actual savings are largely assumed and difficult to quantify, we have recently identified a number of hard costs involved with mailing out paper disclosures to new loan applicants. A typical package includes a letter, an unsigned loan application, a Truth in Lending disclosure and good-faith estimate, and some informational booklets. The actual costs will differ depending on the state and type of loan product involved, but every time a lender mails out one of these packages, it generally costs about $10.

But this doesn’t include what lenders spend on staff to gather this material, print it, package it and mail it, nor does it include the cost of the equipment and facility used to accomplish these tasks. Many lenders outsource these functions. However they choose to do it, switching to electronic documentation could usually save lenders up to 50% of their hard costs for mailing out packages, while eliminating all the indirect expenses. And this is just during the application and disclosure stage of the loan process; it does not cover other documents that are sent back and forth between lenders and borrowers, including IRS 4506-T forms.

Of course, there is still room for improvement. Every closing seems to happen in a rush, and at the finish line sits a pile of documents that need to be reviewed and signed by the borrower. Frankly, it’s just not reasonable to expect borrowers to read everything they are signing at closing. But allowing some documents that are not required to be signed in front of a notary to be signed electronically ahead of time would cut down on excess paperwork and make everyone’s workload much easier.

When e-signatures are fully supported by federal agencies and adopted across the mortgage industry, we will see vast improvements in document workflow, storage and indexing.