The Dotted Line: I Have Lived To See The Day 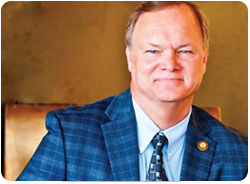 On Wednesday, April 8 I received an official invitation to attend the CFPB hosted panel discussion on looking at better ways to improve the closing process at CFPB’s HQ office in DC. As I was sitting listening to all the government agencies sign-on in support of this initiative, I was having a sort of surreal out of body experience. It was June 28, 2002 when FannieMae published bulletin 02-08 announcing they would now begin purchasing this thing called SMART Doc eNotes. It was then that I became a bonifide convert and believer that this was going to revolutionize the way we do business and went in search of a doc company to develop and offer the solution.

What I didn’t know at that time was just how long this was going to take. During the meeting, Ann Epstein, Director of Change Management at Freddie Mac jokingly quipped, “eMortgage adoption has only been three to five years away for some time now” which was an insider joke since that line has been used and quoted so many times over the years. The real joke being we just didn’t know which three- to five-year period this actually was going to become a reality. Well, after twelve years of talking and promoting this, last Wednesday was the culmination of what I thought at times was a singular effort to evangelize and educate people on a better way to do business. I oftentimes felt like Don Quixote casting stones at windmills. As I expressed my joy to some of the other “old timers” who were in the room and drank the cool-aid early, “I’m just happy to be around to see it finally happen!”

As with any new change or innovation there will always be foot draggers, naysayers and skeptics but with the new Integrated Disclosure reg effective August 1, 2015 there really is no longer a choice. I just don’t see how any lender can meet these new requirements and be in compliance of notifying and tracking acceptance by borrowers by maintaining old paper based processes and files to prove compliance.

If you look at the result of the numerous lawsuits on the servicing side culminating in the $25 Billion National Mortgage Settlement, (this was just one of many) it wasn’t just because of the infamous “robo-signing” (which eNotary would eliminate) but it highlighted the inherent problem with using paper files to document defense of replicating a transaction that occurred years before. They were missing signatures, key disclosure and note documents, sometimes they had multiple versions, incomplete or incorrect filings and the list goes on and on.

From the ability to provide a full electronic (date & time stamp) audit trail of who, what, why and when everything occurred on the loan from application to closing and beyond, to the ability to associate and authenticate virtually ALL parties in the transaction and control who does what in the signing and review process, with “e” the entire process is more transparent, compliant and secure. The added benefit of retaining the electronic evidence for ALL parties to show “proof” of compliance is just icing on the cake.

From that day in 2002 I was bitten by the eMortgage bug and in the words of famed prophet and visionary Homer Simpson, I say to you now: “What took you so long?”

About The Author
During his career, Tim Anderson has been involved in many aspects of the mortgage industry and has acquired more than 30 years of mortgage and technology experience. Most recently, he has been heavily involved on the technology side of the industry, where he played an instrumental role in developing one of the first e-mortgage platforms, including e-signature and e-vaulting technologies. At DocMagic, Tim is the head of the firm’s eServices Division where he spearheads future “e” initiatives at DocMagic.

As featured in Progress in Lending, April 2014