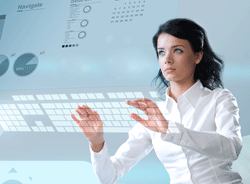 The new TRID offering is available to all DocMagic clients and all LOS partners for in-depth testing. DocMagic wants each of its clients and partners to become acquainted with the TRID enhancements and functionality that was recently incorporated into its suite of web-based document production systems.

"We are giving our clients and partners the ability to be well-prepared for TRID far in advance of the Aug. 1 deadline," said Dominic Iannitti, president and CEO of DocMagic. "After extensive internal testing, re-testing, and BETA testing by a select group of lenders, we perfected the changes required for TRID compliance and are now ready to open the flood gates. We are confident that our systems are now fully compliant with TRID, and we are excited to have our clients and LOS partners access and get used to the new TRID screens and functionality."

DocMagic provides a step-by-step TRID testing guide to all lenders and its support team has already successfully fielded hundreds of questions since the release last month. The company reports that lender testing with DocMagic has been going as planned and no software issues have been unearthed.

DocMagic says that it has already started client training sessions on the new loan estimate and closing disclosures, has made available detailed training videos, and is presenting regular educational webinars on TRID.

About DocMagic:
DocMagic, Inc. is a leading provider of fully-compliant loan document preparation, compliance, eSign and eDelivery solutions for the mortgage industry. Founded in 1988 and headquartered in Torrance, Calif., DocMagic, Inc. develops software, mobile apps, processes and web-based systems for the production and delivery of compliant loan document packages. The company's compliance experts and in-house legal staff consistently monitor legal and regulatory changes at both the federal and state levels to ensure accuracy. For more information on DocMagic, visit http://www.docmagic.com/.