The URLA Gets A Facelift 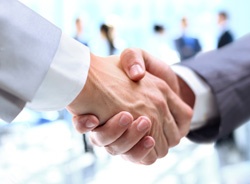 In the first update for the form in more than 20 years, government-sponsored enterprises (GSEs) Fannie Mae and Freddie Mac have redesigned the Uniform Residential Loan Application (URLA – Fannie Form 1003/Freddie Form 67) in order to make it simpler to use and to add new data fields for increased reporting under the Home Mortgage Disclosure Act (HMDA).

The new version includes simplified terminology and a clearer set of instructions for users, according to the GSEs. This, in turn, will help borrowers complete the loan application with less help from the lender. As part of the project, the GSEs worked together to create a common corresponding data set, called the Uniform Loan Application Dataset (ULAD), to ensure consistency of data delivery.

Lenders may begin using the redesigned forms on Jan. 1, 2018; however, as of right now, there is no deadline set for their required use.

The updating of the form is part of the GSEs’ Uniform Mortgage Data Program (UMDP), a larger joint initiative under the direction of the Federal Housing Finance Agency (FHFA), to standardize single-family mortgage data in the U.S.


Although at first glance these updates might not seem like a big deal, they are, in fact, an important step toward standardizing the loan information used for underwriting single-family mortgages. To learn more about how the industry is viewing these changes, MortgageOrb recently interviewed Tim Anderson, director of e-services for DocMagic, a provider of loan document software and services; Mike Vitali, senior vice president and chief compliance officer at LoanLogics, a provider of technology and outsourced audit services; and Annemaria Allen, CEO and president of The Compliance Group, a consultancy that assists lenders with mortgage compliance and quality control (QC).

Q: What is your initial reaction to the changes? Do you feel the changes were necessary? Are there some changes that you feel were more needed than others?

Anderson: These changes were needed. With the new TILA-RESPA Integrated Disclosure (TRID) forms (the loan estimate and the closing disclosure), it’s good to try and standardize them as much as possible to have the same look and feel to them for the consumer. I still wish they would have moved to a full intelligent, or, as some refer to them, SMARTDoc, format so that only the exact terms specific to the loan would be shown. They did incorporate the idea of a “dynamic” document, so if a consumer is filling out the form online, some of it expands or contracts based on some of the loan types and conditions. It should be the same if one is printing and filling it out manually, producing less data and fewer pages that are not relevant.

Vitali: I believe the changes will prove beneficial to both lenders and consumers. The additional information will help lenders make an earlier, more informed decision on borrower qualifications and whether they should proceed with the processing of the loan. They will also be in a better position to explain what additional information may be needed and why. With the increased scrutiny on loan quality and customer service, the need for more comprehensive borrower information became more important. The added data will also provide a more complete picture of the applicant – which may assist lenders and the agencies in making better determinations about risk factors that can lead to borrower defaults.

Allen: Let’s just say that we have been using basically the same URLA for the past 30 years, with very few to moderate changes. So, yes, I feel the current URLA needs a complete update. Times have changed, and laws have changed, so my initial reaction to the changes is that, for the most part, they are good. From a compliance standpoint, of course the HMDA changes are needed. The URLA is the primary form in which we collect all of our data. It tells us the story we need to know about the borrower. The better documented the story is, the faster it speeds up the lending process. I have some concerns with documenting co-borrowers’/joint credit and perhaps some inconsistencies there, but it could be a product of looking at the same form for 30 years and then trying to review this new form to determine how certain aspects apply. Generally, after several months of using the form, it all starts falling into place. I would suspect that there would be a need for an amended version about a year after the form comes out.

Q: Do you feel that the form is “clearer” and will be easier to use, as the FHFA says? Are the instructions clearer?

Anderson: Yes. I like the idea that they separated the borrower information from the lender so there will be less confusion on who fills out what. They also used the same company that designed the TRID documents – and so leveraged some of the consumer feedback they received from that to include in the new URLA. Yes, the instructions are clearer. They used more simplified consumer language than business loan officers (LOs).

Vitali: Definitely. The form is like a road map for originators or consumers who are providing lenders with the information needed to move forward with their loan applications. It will also highlight areas that may need additional research or information.

Allen: There are parts that are definitely clearer, but then there are parts that are more confusing. For example, Sections 3a and 3b were a bit more confusing for me. For example, Section 3 asks the borrower to list all properties owned and what is owed on them, but in Section 3a, it only gives one spot for one address. Then it says, if you are refinancing, list the property you are refinancing first – well, there is only one spot, so it doesn’t really matter. Then you go to 3b, which is where you would put any additional property, but again, it only provides one spot for one address. What about the borrower who owns multiple properties? As I looked at it several times, it became clearer, but the flow was a bit awkward. I thought providing the borrower with details for each section was helpful, such as listing income from other sources and the assets section.

Q: What do you think were the main reasons why the FHFA sought to update the form at this time?

Anderson: It is a continuation of the UMDP that started with the mortgage appraisal form and the Uniform Appraisal Dataset and expanding it to other critical documents to ensure more transparency and better loan quality to feed its underwriting and decisioning systems. Fannie and Freddie have announced their new pre-closing QC systems that will eventually replace Loan Prospector and Desktop Underwriter, and it just makes sense if you are collecting more data sooner, lenders can focus on making good loans and spend less time and money on ones they know they cannot approve later.

Vitali: Increased data on loan applicants is a big part of it. Information is king. In the world of “big data,” the more information a company has about its customer, the better it can serve that person and analyze its risks at the same time. The more detailed information gathered on loan applicants the better. Once collected, this information can then be sliced and diced in a variety of ways to gain a much better understanding of consumers, lenders and the potential for risk in future lending.

Q: What segments or positions do you feel will be most impacted by the changes?

Anderson: Obviously, loan origination, but the expanded data requirements will also have a positive effect on better underwriting.

Vitali: Loan originators will be the first ones impacted. The new URLA requires LOs to ask more questions and gather much more detailed information. However, this should help the better LOs make a quicker decision on whether they should pursue the applications or cut bait. Although this will, at first, increase the work and time involved in taking the initial application, in the long run, it will save valuable time for everyone, including the consumer.

Q: Do you anticipate that these changes will require system upgrades? And if so, do you think those changes will be minor or major (disruptive) in nature?

Anderson: Yes, moving to a MISMO 3.4 format. The Uniform Closing Dataset scheduled for the third quarter of next year will be the next big step to get them there. Whether this will be disruptive depends. With TRID, many loan origination systems could not support the new MISMO 3.3 data requirements, so moving from the previous 2x versions to a new 3x standard was a big effort and leap for most. But once they got there, adding the data elements is really not a big task going forward.

Vitali: The layout and information on the new forms will require system upgrades. There is more information, and it’s in a brand new format. That requires changes. Each data point must also be mapped to meet the MISMO coding for the required electronic reporting of all of the data to the agencies. One change that may require some additional programming is the required use of a separate URLA for each applicant when multiple applicants are involved. This will require the capability to gather the information for each on a separate form while combining and aggregating common data and separating other information that is unique to each applicant. However, I believe technology providers can handle these changes, as the information is uniform throughout.

Allen: Yes, system upgrades – in fact, major system upgrades – and yes, disruptive. As I said, the URLA hasn’t changed in years. There are so many components tied within the application that certain changes will affect other areas, and sometimes you don’t even realize they will affect another area until they do. The application is the heart of the loan process, so our industry is literally having a heart transplant. But just like with a heart transplant – does anyone really want one? No, but they have them because the oxygen starts flowing better, the blood starts circulating through the arteries better, and once you heal, you feel amazing. I do feel the URLA needed an overdue update, but with anything in our industry, it’s never easy. Hopefully, with technology becoming more and more ingrained in our industry, change won’t be as difficult down the road. Keep in mind, though, there will always be updates and patches – it’s a work in progress.

Vitali: LoanLogics, a provider of technology and outsourced audit services for lenders, is now in the process of reviewing any changes needed to extract and process the data that will be captured by lenders in the new URLA. This data will be utilized to analyze and audit loans in pre- and post-closing reviews for credit underwriting and compliance. This additional information facilitates a more comprehensive loan review that helps to better identify weaknesses in the process or information gathering that could lead to loan defects or, worse, repurchases or indemnifications. The information gathered and entered into the new URLA is validated and compared with other loan documentation to ensure it is more accurate.

This article originally appeared on the MortgageOrb Blog on September 7, 2016.