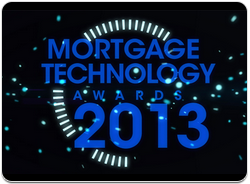 The award is one of 12 that will be presented during the 14th Annual Mortgage Technology Awards Ceremony on Oct. 27, and it's the only category of the MT Awards where the finalists and winner are selected by mortgage banking executives.

The Lenders’ Choice Award commends the technology provider that offers the best customer service, value proposition and overall user experience, as voted on by the companies named to the 2013 Top Tech-Savvy Lenders and Servicers list.

In alphabetical order, the technology companies that received the three highest point totals and are the finalists for this year's Lenders' Choice Award are:

Torrance, Calif.-based DSI is best known for its flagship document preparation platform, DocMagic, which it supplements with electronic signature, mobile and compliance technologies.

Draper, Utah-based IDS provides document preparation technology with its idsDoc system and augments the platform with automated compliance, auditing and due diligence tools.

The finalist that received the most points will be announced the winner of the Lenders’ Choice Award at the 14th Annual Mortgage Technology Awards Ceremony on Oct. 27 at the Renaissance Washington, D.C. Downtown Hotel.

The finalists for the 11 other MT Awards categories were determined by a judges panel comprised of Mortgage Technology’s editorial staff and announced in August. The judges also select the winners for those categories, which will be revealed at the MT Awards Ceremony and published in a special edition of the magazine.

The Lenders' Choice Award was added to the MT Awards in 2012 to give the industry's most innovative technology users a voice in recognizing outstanding vendors. The 2012 Lenders' Choice Award finalists were IDS, QuestSoft and Xerox Mortgage Services, with IDS taking home last year's prize.

As featured by Mortgage Technology, September 2013

Topics from this blog: mortgage technology Awards and Honors