Right now there is little that mortgage executives can do about the drop in loan volume aside from acquiring new business by taking it from someone else -- assuming it is even worth the modest financial return. Likewise, there’s no evidence to suggest that the regulatory compliance environment is going to get any simpler or less expensive in the future. The Consumer Financial Protection Bureau (CFPB) is still making rules and increasing the challenges of compliance, per its mandate. Compounding these challenges, much of the mortgage industry persists in using outdated methods of complying with the plethora of new rules intended to protect consumers’ financial interests.

As our business moves into this new era of low profitability, increased expenses, and intense regulatory scrutiny, virtually every mortgage executive needs to experiment with ways to increase productivity and CFPB compliance while reducing overall operating costs.

In this short article, I want to focus on just one change lenders can make to increase profits on each loan they close: managing third-parties contracted to perform CFPB-compliant loan production and quality control functions rather than performing them in-house.

Changing the way we think about compliance
Traditionally, regulatory compliance was built into the automation via business rules. Then, a quality control or assurance team at the end of the line would spot check certain loans for compliance problems. That no longer works today. That’s because checking boxes in a form -- a lot of forms -- at the center of a rules-based system, can do little to identify the intentions and motivations of persons shepherding borrowers through the mortgage application, underwriting and approval process. The old standard for underwriting was the safety and soundness of the financial institution, as evidenced by check boxes and if/then rules. The new standard is the protection of consumers’ financial interests. Where is the checkbox for that?

As rules-based underwriting becomes ever more antiquated, lenders are finding it challenging to analyze every loan coming through the pipeline. In a zero tolerance regulatory environment, spot-checking loans that fall outside a predetermined set of tolerance triggers isn’t enough. Lenders need to find ways to proactively identify and rectify problems earlier in the process if they hope to reduce costs. If all of the discussion that has led us to this point has not been effective in getting lenders to this realization, I feel confident that the current erosion of their profitability will do so.

Throwing more bodies at the situation is no solution
The first thought that may occur to lenders trapped in today’s situation might be to throw more bodies at the problem. This is a compelling solution, at first glance, because the new federal regulator can, and has already, imposed harsh penalties on firms that violate the regulations. Unfortunately, this is not a sustainable option for lenders. With only a few hundred dollars of profit per loan, they can’t afford more bodies. Staffing up isn’t a viable alternative.

Even if they could recruit, train, house and manage enough workers to guarantee compliance, the fix comes at a steep price. Mortgage lending is a cyclical business where volumes rise now only to fall later. Adding to headcount and then reducing it invites all kinds of costs, both hard and soft. The emotional turmoil that comes with downsizing alone is often not worth the cost.

Then, there are the risks to the bank’s reputation as an employment destination of choice. And there is the increase in costs associated with divesting the firm of now unneeded physical facilities, equipment, and all the sunken costs associated with the employee ramp-up. Not to mention the less obvious but equally expensive hits to employers, who must attend to unemployment claims, and potentially higher State Unemployment Insurance (SUI) tax rates, which can increase as more claims are filed.

Especially in the current economic and regulatory environment, lenders have to use automation to make compliance affordable, but if their database of record, the LOS, can’t keep up with the changes, how can they accomplish this? Put simply, they can’t. But they may be able to hand it off. This is where outsourcing selected processes and oversight responsibilities to third-party vendors enters the mix.

Finding the right partner to handle compliance
As soon as Dodd-Frank was signed into law, companies began springing up to provide compliance and quality control support to lenders. Many of these firms were started by former loan underwriters who had been displaced by automation and were now needed to solve some of the problems those automated underwriting systems allowed to happen. Others were technology firms that promised to provide QC automation that would solve the lender’s CFPB-related compliance problems.

Unfortunately, lenders did not find what they needed in this new crop of vendors. Changing rules, differences in the way lenders operate their businesses and, in some cases, incompetence rendered these vendors and their technological solutions ineffective. But that is not to say that the right partner wasn’t available. In fact, lenders are already working with them.

Very few loan origination systems come with built-in document design, preparation and delivery -- and for good reason. Technologists will tell you that it’s a full time job, keeping a good LOS up to speed and working well. Dealing with the documents is too much for them to handle. Documents are constantly changing in response to new rules, new investor requirements and new product development. Consequently, many LOSs are tightly integrated with a document preparation vendor.

Tight integration with document preparation allows the lender to send information from the LOS effortlessly to the doc prep team at any point in the process. It happens in the early stages, to ensure that the upfront disclosures are prepared correctly, delivered to the borrower in time, signed and returned. If anything in the deal changes, as often occurs, the doc prep provider re-discloses, using information provided directly from the LOS. Three days before the loan is scheduled to close, the document provider will deliver updated disclosure and related documentation to the borrower and finally, at the closing table, the final closing package is delivered.

By partnering with the doc prep provider to track the deal throughout the entire lending process, compliance becomes continual. As information is added to the file, it is validated against the document vendor’s compliance engine before documents are produced. Problems are identified, if present, and the system can stop the process in its tracks and before any documents are provided. The lender never falls out of compliance.

Today, the lender’s document preparation vendor is working alongside the originator from beginning to end. This partner sees all of the data, watches for changes and discloses those changes when they occur. The service these companies are offering today goes well beyond processing and providing documents. It can deliver a continuous audit of the data involved in the transaction. This is the perfect place for data validation, compliance checking and quality assurance to occur.

In fact, today some lenders have access to sophisticated compliance systems that check for QM, ATR, ECOA and every other rule and regulation that lenders must observe in order to originate compliant loans, all through the same compliance engine. When the price of this kind of continuous, experienced and active compliance validation is compared to maintaining an in-house staff of compliance and QC professionals, it is clear that the document preparation vendor IS the compliance partner of the future.

About the author:
Dominic Iannitti is President and CEO of Torrance, Calif.-based DocMagic, a firm that offers fully-compliant loan document preparation, compliance, eSign and eDelivery solutions for the mortgage industry. He can be reached at don@docmagic.com. 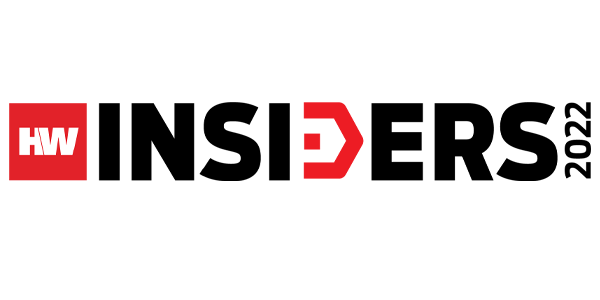 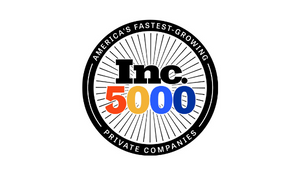 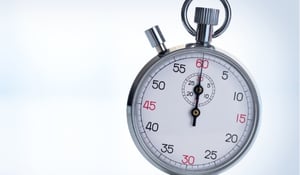 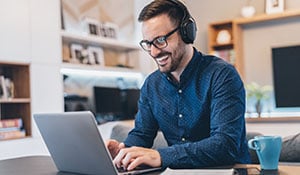