eMortgage Revolution: The Fully Digital Future of Mortgage Signings is Here (Part 2 of 2) 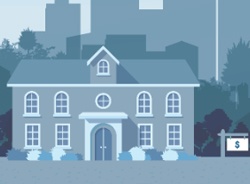 Written by Nathan Batts. This is the part 2 of a blog series. Click here to read part 1.

What is Driving the Transition

North Carolina is not the first state to begin offering electronic mortgages, but it is the first state in which the government has taken an active role in the development and rollout. The decision by the Secretary of State to begin a pilot project, convene various market participants together for a discussion, and form an advisory committee with the goal of developing best practices and standards now positions North Carolina to help form the national model for such transactions.

The groundwork began many years ago. The legal basis for digital signatures and documents has existed at the federal level, through such laws as the Electronic Signatures in Global and National Commerce Act (E-Sign Act), and at the state level in North Carolina, through such laws as the Uniform Electronic Transactions Act found in Article 40 of Chapter 66, since at least the year 2000. Similarly, North Carolina has had a structure for electronic recording and electronic notarization in place since 2005. The North Carolina structure includes safeguards such as a requirement that the electronic notary must be physically present with the borrower so as to protect against fraud or impersonation and duress.

In the years since then, advances in technology and encryption have made more secure transactions possible and have added the capability to detect when tampering is attempted to electronic signatures and documents. Changes affect the “hash value” which operates like a cryptographic and tamper evident seal.

From the standpoint of compliance with the Consumer Financial Protection Bureau’s TILA-RESPA integrated disclosure rule (TRID), an electronic mortgage also has many advantages. One of these is the ability to easily retain and store records and produce audit logs. Every digital signature is logged when made and the reports generated can become an important tool in showing good faith compliance.

As we look at the development across the state of capability to accept eRecording, additional counties are quickly coming online. In North Carolina, an estimated 77 out of 100 counties now accept secure eRecording, with 74 having full capability and three accepting mortgage satisfactions only. Electronic documents coming in are of higher legibility, and staff time and operating costs are reduced as scanning and other responsibilities are diminished. As more counties accept eRecording, travel to go out and do the filings in person and shipping costs can be reduced or eliminated, saving time, money, and reducing carbon emissions.

From the closing attorney perspective, after an initial learning curve to use the software and modest investments in equipment like a webcam, electronic signature pads, and a computer, there is the prospect of potentially faster closings, as well as less travel to visit borrowers or down time waiting for borrowers and others to arrive for the closing. Mountains of paper are no longer needed. Much of the eClosing package can be completed in advance and the attorney has the certainty of knowing that all of the documents are on hand and are in the eClosing platform rather than dealing sometimes with the last-minute scramble to collect them from lenders. For an attorney, this could translate into a higher degree of efficiency and the capability to fit more closings in per day. And the closing attorney doesn’t have to lose time tracking down a borrower after closing because a document was left unsigned.

From a borrower perspective, the greater automation means that the time from application to underwriting and approval and closing can be significantly shortened. There is also the convenience factor of potentially eliminating travel, with the electronic notary coming to the borrower’s home or another location. And there is the real prospect of lowering closing costs as such things as mailing costs go away.

From a lender perspective, the essential documents are already in electronic form and are thereby ready much sooner for sales to investors, which can translate into more money per transaction as investors pay a premium for such speed. There is also the added advantage that there are no paper promissory notes to get lost.

Lenders can choose what portions of the mortgage transaction should be electronic and which should continue to follow a traditional model. If a Register of Deeds in the lender’s market doesn’t accept eRecording for instance, the documents may need to be converted into paper for recording and notarized using the traditional method, but the efficiencies before that step are still realized. Similarly, a lender that wants to continue using paper documents may still want to scan documents and eRecord in some circumstances to save time. And there is nothing that prevents the closing from still taking place in person if that is the most comfortable for the parties.

For millennials and others who place a high value on convenience, electronic mortgages could be a good option. And for those who are buying a second home and don’t want to travel several hours to a closing, the prospect of having an electronic notary instead travel to them to help complete the transaction and to do the closing remotely may be a selling point.

While the NCBA is very optimistic about the market potential for electronic mortgages, we are still early from a market adoption standpoint. Federal regulators have been very supportive, particularly the CFPB which conducted a study and has actively encouraged financial institutions to explore the use of electronic mortgages.

Importantly, the servicing process and secondary market are still developing. Fannie Mae and Freddie Mac have taken steps to support the transition but others on the investor side are still building out their procedures. This means in the near term that the number of transactions will tick upward but the tipping point to when the flood begins is further down the road.

As we go forward in this process, other eClosings have already been scheduled by the earliest adopters of this technology. The beginning of calendar year 2018 is emerging as a time period when some of the larger players in the mortgage industry appear positioned to begin phasing in the technology that underpins electronic mortgages. Once the conversion begins, the enhanced speed, efficiency, and cost savings will undoubtedly drive and accelerate the transformation.