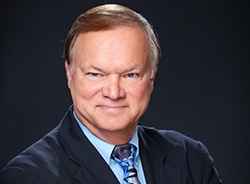 For years a core group of us has been telling the industry that it’s time to get the paper out of our systems. We’ve performed studies that show paper is more expensive, that it takes more time to process, is usually missing pages or signatures, or gets lost. It took the foreclosure crisis to really bring home to the industry the negative implications of lost or incomplete documents. After billions of dollars in settlements to federal regulators and attorneys, it looks like our industry is finally ready to say goodbye to paper forever, or at least a majority of it.

Anyone who has yet to be convinced will get all the persuasion they need when the Consumer Financial Protection Bureau implements the Three Business Day Rule for mortgage loan closings. When lenders and their closing agents are forced to deliver a correct settlement statement to the borrower three days before closing, they’ll learn just how difficult it will be to get everything right and on time in a paper world. Taking their businesses fully electronic will be the only way to ensure compliance.
The good news is that the vast majority of lenders are already moving in that direction. In January, the industry got a boost when the IRS announced that it would finally be accepting electronically signed documents for the ordering of 4506-T tax transcript orders. The FHA, one of the very few remaining federal government holdouts, is expected to follow suit later this year.

The worry now is how lenders will go about making that important transition. Pushing the point solution. For much of the past decade or so, electronic lending advocates like myself have been urging lenders to quit worrying about their entire enterprise and just pick a process and take it electronic. By taking out the paper in a piecemeal fashion, lenders would at least be moving in the right direction and selling themselves on the benefits of paperless lending in the process. This tactic worked for a number of reasons.

First, it was inexpensive. When it comes to technology systems, it always costs less, in the short run, to isolate your systems and concentrate on a single process. This kind of razor sharp focus lets technologists create workable solutions more quickly. But if we’ve learned anything from the foreclosure process, it’s that there are no truly unconnected systems in our business (or at least there shouldn’t be). Ultimately, the lower price tag enticed more lenders to dip their toes into the paperless world and this was good news.

Second, when the project is kept tight and focused, it doesn't take long to configure and test a solution. This meant technologists could finalize their work faster on isolated processes and deliver successful pilots to lenders more quickly. In the end, a successful test is the only way to convince an executive to move more deeply into a solution.

The biggest reason that partial solutions were beneficial in the early days is that by getting lenders to experience their business without paper, the benefits that researchers promised proved to be real. It became clear to the industry that it really did make sense to do everything electronically.

This prompted more lenders to take another step into the digital world, and another one after that. Because the industry was under no real pressure to make this shift work, many lenders made a gentle transition toward fully electronic systems and are enjoying the benefits today.

This is part one of a two-part article on the industry-wide transition out of paper-based processes to electronic, from application through to closing and servicing. Tim Anderson is the Director of eServices at DocMagic.

Posted with permission from The Mortgage Executive Magazine.