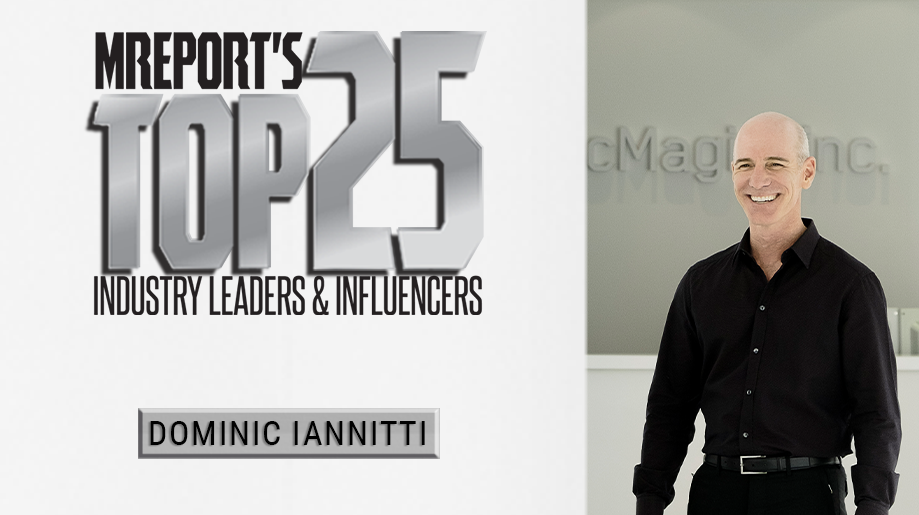 The Top 25 Industry Leader & Influencer list recognizes men and women who are making a positive mark on their teams, peers and those they interface with in the mortgage industry. It highlights the achievements of those who guide by example and think outside the box in ways that are shaping the industry’s path forward, while maintaining a personal touch that makes team members feel supported, inspired and recognized.

“Leading by example and providing an inspirational workplace are top priorities for me, so being named to this list is a great honor,” remarked Iannitti. “DocMagic is synonymous with innovation, which is one reason we are the first choice for organizations that want the top advancements in the digital mortgage ecosystem. We have great people who are dedicated to making technology advances and supporting our clients, and it’s my honor to support them in their quest for excellence in those pursuits.”

Iannitti is known among his teams for inspiring creative freedom and out-of-the-box thinking. He helped design DocMagic’s Torrance, Calif.-based headquarters to achieve a comfortable, relaxed open workplace that has proven to foster the employee collaboration and consistent technology innovation the company is known for.

MReport Editor-in-Chief Rachel Williams, stated, “I would like to congratulate those individuals who made the ‘Top 25 Industry Leaders & Influencers’ list this year, as well as the leaders who were nominated to this list having earned the loyalty of their team and peers through their subject matter expertise, charisma, or even the way they have gone above and beyond to help their team or company that makes them stand out from the crowd.”