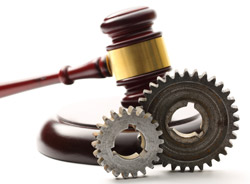 After lenders and their technology providers spent much of 2015 implementing the TILA-RESPA integrated disclosures, forthcoming compliance audits and a government-sponsored enterpriseplan to start collecting data from the new forms will tell if those efforts truly paid off.

Lenders are also looking ahead at other technology initiatives to bolster their competitive advantage at a time when more purchase originations are expected to take a larger share of overall mortgage lending.

"TRID was like the story of the century because it had such an impact on technology, process and regulatory compliance. The story in 2016 will be auditing that compliance," said Tim Anderson, director of eServices at Torrance, Calif.-based document technology provider DocMagic.

"There have been some issues with how the fees are being calculated to estimate the borrower's cash to close. I think people are not applying the fees to the right buckets yet," he continued. "We won't know what is going to be truly accurate until the Consumer Financial Protection Bureau starts auditing and writing up these fines."

While all new mortgage originations must follow the new disclosure rules, the initial transition period has created another point of TRID consternation. Lenders are still working through loans that were started prior to the regulation's Oct. 3 implementation date and use the old Good Faith Estimate and HUD-1 disclosure forms.

"The problem with the way the TRID rollout happened is that there are still two different paths for a loan. Stuff from August that's new construction or a to-be-determined property, all of those are still GFE loans," said Jeff Verry, vice president of technology relations and a senior mortgage banker at Atlantic Bay Mortgage Group in Virginia Beach, Va.

"What we're working on right now is coming up with a date and trying to pick when we're going to swap over and say, 'now everything's a TRID loan.' Then I think TRID will be the new normal at that point."

Building off the industry efforts to implement TRID, Fannie Mae and Freddie Mac plan to start collecting data from the new Closing Disclosure as early as the fourth quarter of 2016. The GSEs plan to make submission of the data mandatory on all loans sold to the enterprises by the second quarter of 2017.

To do this, Fannie and Freddie have developed the Uniform Closing Dataset, a digital file format that enables the individual data points on the Closing Disclosure to be stored in a database and analyzed.

The initiative falls under the auspices of the GSEs' joint Uniform Mortgage Data Program and follows recent technology projects Fannie and Freddie have individually undertaken to verify the accuracy of underwriting data before loans close. Freddie made its automated underwriting system free to use in May 2015, with Fannie following suit a few weeks later. In addition, both companies have introduced their own suites of automated loan review software.

"They're not going to look at that paper file anymore. They're going to audit the data and that's where we'll find the errors because they'll be able to check the calculations," said Anderson.

While managing compliance requirements is a never-ending endeavor, lenders and vendors now have some breathing room to resume projects that have sat on the backburner while they implemented TRID.

"Everybody had to put stuff on hold to be able to figure out what they were going to do when TRID went into effect," said Verry. "Now, we get to focus on the things we want to do, versus the things that we had to do because of TRID."

If industry projections hold true for an overall decline in mortgage originations and purchase loans accounting for a larger share of total volume in 2016, lenders will face increased pressure to compete for business and ensure seamless and timely loan closings — areas where technology can help lenders improve their processes.

Atlantic Bay Mortgage Group is in the process of implementing new CRM software as part of an overall strategy to make its use of technology a competitive differentiator.

"Our industry as a whole has been average, at best, when it comes to technology. Now, we are taking a step to leap forward and become more of a technology leader and innovator," said Verry. "It's not something that everyone is working on, but I think it's the thing that smart companies are focusing on."

An offshoot of the increased emphasis that regulators and the GSEs have put on prioritizing the underlying data of a loan over static documents is that the use of paperless processing is shifting from a low-priority frill to a mission-critical business imperative for lenders. At the same time, rising consumer demands for a more technology-enabled experience should further encourage lenders to upgrade their processes.

"It's in both lenders' and regulators' interest to have the transaction be electronic," said Margo Tank, a partner at the Washington, D.C., law firm BuckleySandler who specializes in electronic transactions. "It provides ease and cost efficiency for the customer, more accurate data for lenders and an ability to look into the transaction and see what actually happened from the regulatory side."

Case in point: the CFPB's electronic closing pilot program. The four-month study in early 2015 found borrowers who participated in an electronic closing completed transactions faster and reported feeling better informed about the process.

Still, widespread adoption of paperless processing and electronic signatures won't come as the result of any one compliance requirement or new technology.

"I don't think one set of disclosures can tip it over, but it is part of an evolutionary process," said Tank. "It demonstrates that this is a better way to do business, combined with regulator demand for transparency and better compliance. All of those things coming together are going to move the paperless spectrum a little bit further down the road."

By Austin Kilgore, As featured by National Mortgage News, December 2015