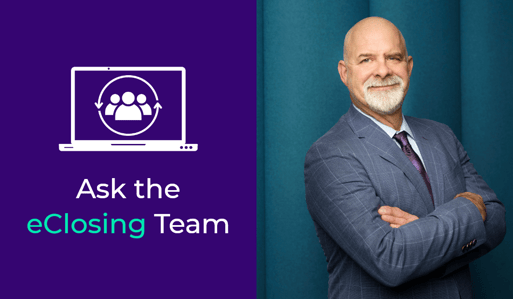 What do lenders need to do to get set up for eNotes?

When a lender wants to produce eNotes, Dan McGrew says one of their first steps should be to get integrated with the MERS eRegistry, which is where the closed eNote will be registered (and ultimately transferred, if it’s sold to an investor down the line). This step could take some time. Lenders should follow the steps on this checklist to prepare for integration. They will also need to sign a MERS eRegistry Addendum, which includes additional terms and conditions related to their use of the eRegistry. After that, a MERS representative will reach out to the lender to continue the integration process.

Free article: Everything you need to know about eNotes

Lenders will also need to set up an eVault to access, manage, and store electronic files such as eNotes, and which can connect to the MERS eRegistry. There are several technology vendors, including DocMagic, who offer such eVault technology.

Each stakeholder in the chain—including warehouse lenders, sub-servicers, and investors—needs to become a MERS member and to have their own eVault (though they can use different technology vendors for their eVaults. For example, Freddie Mac and the Federal Home Loan Banks system use DocMagic’s eVault technology, but Fannie Mae doesn’t).

Depending on the partner’s willingness to go “e,” getting secondary partners on board can be one of the more difficult parts of the process. McGrew says he usually asks the lender to introduce him to their current partners, such as their warehouse lender. He then reaches out to the warehouse lender, gives them a demo, answers their questions, explains the compliance requirements, and more.

“Once we take the mystery out of it, that typically does the trick,” McGrew said. “But a lot of times they’ll say they’re still not ready. So, in that case I have to go back to the lender and ask them, would you like me to introduce you to some other warehouse lenders that will fund eNotes and have an eVault? And typically, they’ll say yes.”

McGrew may also help lenders find new sub-servicers, investors, or aggregators who are either ready to offer eNotes or willing to do what it takes to begin offering them.

“I can have a lender that's fully committed and fired up to do eNotes, but if their secondary partners don't participate, that’s a big roadblock,” he said.

How long does the eNote setup process take?

That depends entirely on how prepared the lender and their secondary partners are. If the lender’s partners already have eVaults—or are willing to get one—and the lender plans to sell to an investor who already accepts eNotes such as Fannie Mae or Freddie Mac, then the whole process can move fairly quickly. After the lender signs their agreement with MERS, they need to conduct grid testing (the process of testing any eNote being closed), register the eNote with MERS, and then deliver it to the next partner in the chain.

“In an ideal world, from day one we could set them up, do the grid testing in a week and a half, and get them live to producing eNotes in a couple of weeks,” McGrew said.

However, that's rare because the secondary partners usually aren’t already ready for eNotes; it may take everybody a few weeks just to get set up with MERS. “If all the parties in the chain still need an eVault, or if the lender needs to find new partners willing to play ball, then we're looking at 45 to 60 days, at least, to get them set up to produce eNotes,” McGrew said.

The time factor is one of the benefits of choosing DocMagic as a technology vendor—the process can go a lot quicker with the help of experienced eClosing experts. “Our eClosing Team is going to help them get there,” McGrew said. “At DocMagic, we hold your hand like a fishing guide, to walk you through every step of the process."

The biggest obstacle—bigger even than recalcitrant secondary partners—is that lenders need to shift their mindset away from the idea that paper is the be-all, end-all in the mortgage industry.

“About 85 to 90 percent of lenders still rely heavily on paper. They’ve spent all their time and energy trying to make paper processes more efficient,” McGrew said. “We’re introducing them to a totally new way of doing things, so the biggest challenge for them is committing to that new mindset.”

McGrew recalled a recent meeting with an investor where the head of the compliance department admitted to having a hard time understanding eNote concepts such as the “controlling location,” “authoritative copy,” and the fact an eNote has multiple copies. The executive said, “We're just accustomed to getting a paper note and taking our thumb and smudging the ink to make sure we have the original.”

During the pandemic, McGrew has seen a sharp uptick in lenders wanting to offer eNotes; however, he’s noticed that many back off when they realize the amount of effort involved.

“They didn't realize what they had to do with MERS, or that their secondary partners had to have eVaults.” he said. “When they discover that, it causes many of them to stop and say, 'We'll figure out a different solution and come back to this at another time.'”

McGrew encourages lenders to bolster their commitment to eNotes because the benefits—which include greater efficiencies and fewer errors—are worth the effort. One lender he works with has been producing eNotes for several months now, but McGrew recalled that when they first started the process, some internal stakeholders were slow to embrace it. He recently asked his contact at that company: “If you went to the folks on your team that were previously hesitant and said, ‘We're going to go back to the old way, to the pure paper process,’ what would be their reaction?”

She laughed and answered, “They would shoot me.”

Topics from this blog: eNotes MERS Ask the eClosing Team